Every day, the beauty of Arraial d'Ajuda, in Porto Seguro, Bahia, contrasts with the growing number of abandoned animals that roam the streets, hungry, thin and/or with diseases and injuries. In addition, the number of low-income owners, who are unable to provide a decent life for their animals, is only increasing.

To alleviate this situation, the NGO Anjos d'Ajuda is creating the VETERINARY CENTER FOR POPULAR CARE AND CASTRATION. 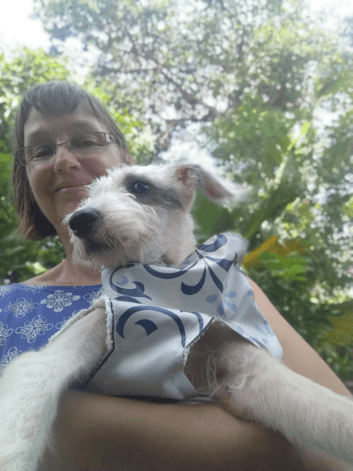 Founder of the NGO Jeannette, with a paraplegic dog, Lira, who is being treated with acupuncture.

1 minute of your attention!

The primary role of the CVP will be to serve low-income owners and homeless animals, especially for the castration of cats and dogs, as a real and loving form of population control.

Our project is being developed in partnership with other institutions, such as Focinhos de Trancoso. The services at the CVP will be provided by veterinary sympathizers , at symbolic prices, and will be partially subsidized by Anjos d'Ajuda. It is a joint effort – NGOs, associates, donors, volunteers and veterinarians – driven by a deep love for animals.

LET'S ACT TOGETHER! LOVE IS THE MOST POWERFUL FORCE IN THE UNIVERSE! 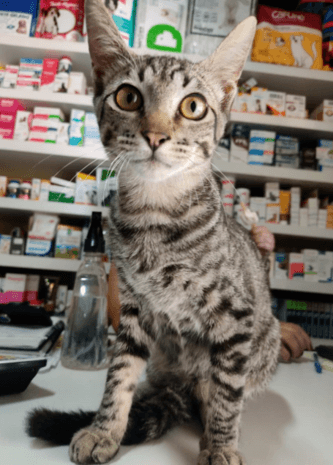 CHOOSE THE VALUE OF YOUR DONATION

For a chemotherapy session or veterinarian care.

To help structure and equip the CVP.

Any amount to help the project.

BECAUSE IT'S AN ACT OF LOVE!

Castration is the best – or only – way of avoiding the growing population of animals, cats and dogs, which end up homeless, abandoned, or living in conditions of hunger, misery, abuse and suffering. There is no loving home for everyone!

Did you know that a couple of cats, in 10 years, can generate more than 80,000 direct and indirect descendants, and a couple of dogs, 67,000 descendants?

Our objective is to castrate about 250 animals monthly, and this will represent, at the end of 5 years, 18 thousand animals that will no longer bear puppies and kittens. 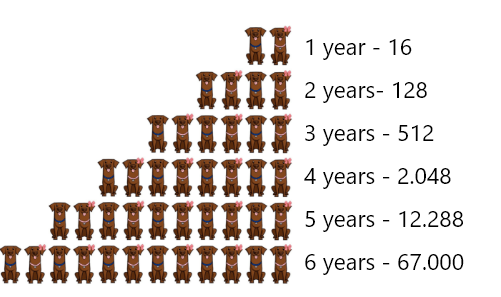 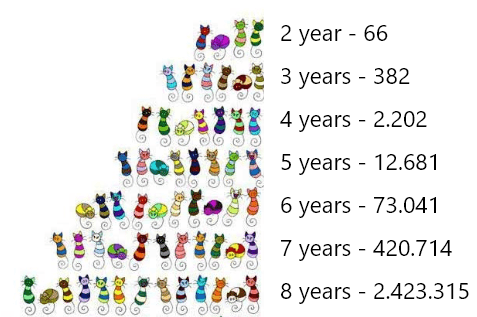 OUR AFFECTION AND SPECIAL THANKS FOR YOUR DONATION

Because public administration is functioning less and it is unreliable. In addition, we do not receive government funding, and the resources we raise from our members and donors is not enough to meet the growing needs for food, veterinary care and castration of animals.

You can add a gesture of love to our fundraising efforts. Make a donation!

WHY DO WE NEED YOUR HELP?

The Americans Jillian and Jeremy introduced our NGO to the world

ANJOS D’AJUDA NGO: WHO ARE WE?

The NGO Anjos d'Ajuda was created in 2013 by a group of residents of Arraial d'Ajuda, a tourist resort in Porto Seguro, (Bahia, Brazil) who became concerned about the large number of abandoned dogs and cats and low-income owners who were not able to offer a dignified life to their animals.

We focus on dogs and cats, but we also fight for the dignity of other animals.

Our main goals are community education and awareness (from animal care to the need to castrate) and castration, but we don't stop there.

WE RESCUE, on average, every year, 110 animals abandoned on the streets, including dogs and cats, from puppies/kittens to animals in their last days of life, which are kept in temporary homes.

On average, each year, 120 lost animals are LOCATED AND RETURNED to their owners.

We assist in the ADOPTION of more than 70 animals annually, of all ages. Since our founding in 2013, more than 500 animals have found a loving home for adoption.

We assist in the VETERINARY CARE of an average of 290 animals annually that belong to the needy population, - from medical tests to surgeries.

Since our foundation, in 2013, we have promoted the CASTRATION of more than 4,000 animals, including cats and dogs.

We carry out actions and collect signatures not to ALLOW THE SUFFERING OF ANIMALS USED FOR TOURIST AND COMMERCIAL EXPLOITATION, such as horses, dogs, birds. See below for some examples.

FOR THE LOVE, THE RIGHTS AND THE DIGNITY OF ANIMALS

WE FEED per year an average of 410 animals that live on the streets. We provide more than 400 kg/month of food for FEEDING animals in TEMPORARY HOMES.

SOME OF OUR ACTIONS

To raise funds and fulfill our mission, our effort is tireless and constant! We promote:

THE ANIMALS NEED YOUR HELP 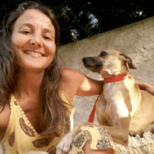 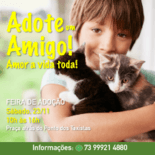 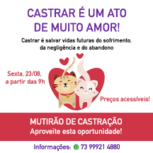 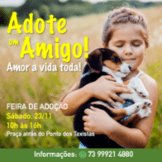 So that our actions are well planned, the NGO Anjos d’Ajuda organizes itself into Working Groups, where we have the action and support of several volunteers. 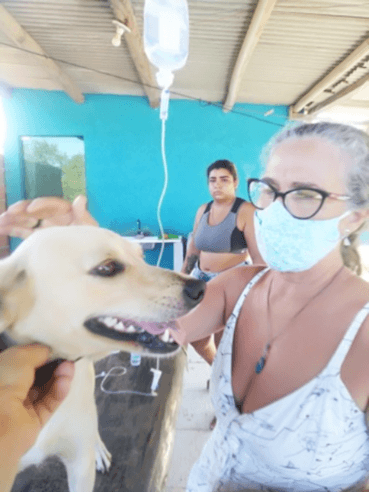 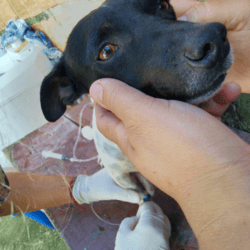 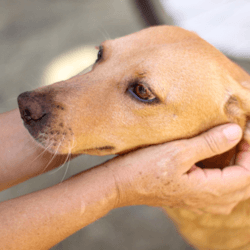 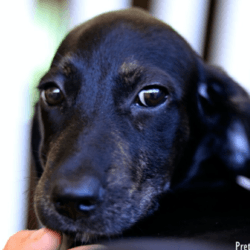 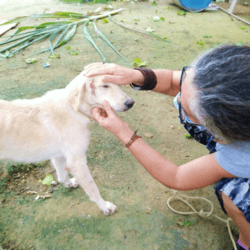 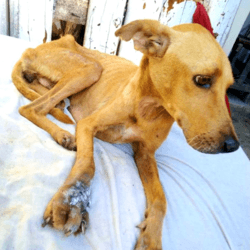 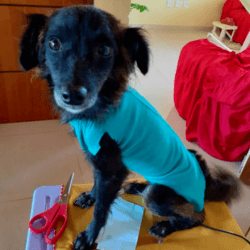 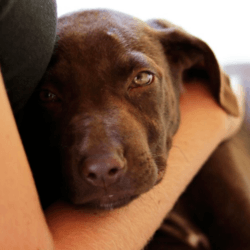 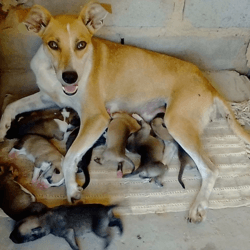 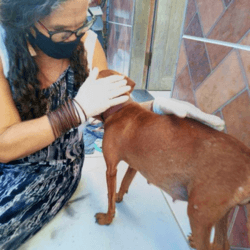 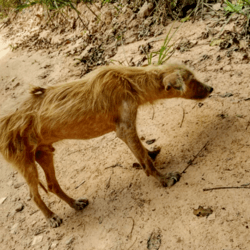 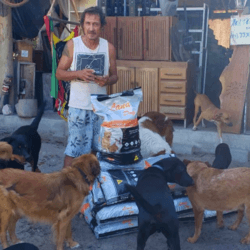 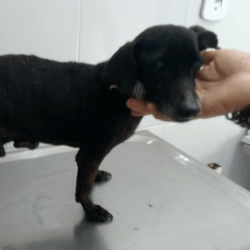 SOME ACTIONS AND COLLECTED SIGNATURES AGAINST ANIMAL EXPLOITATION

In 2017, we worked with the Municipal Department of Environmental Inspection to release a donkey which was tied around a pole during Carnival, at Parracho beach, all day, under the sun until 5.00 AM.

In 2018, after a petition, an inspection by the Municipal Department of the Environment prohibited the touristic and commercial exploitation of a horse with a dog on its back, which spent the whole day walking along the beach in the sun, without water and without food, and at night they were taken to the center and displayed until midnight for photos. The dog fell off the horse and died of dehydration. The owner replaced it with another dog and was fined.

In 2019, we started a campaign against the daily exploitation of parakeets by street vendors selling bracelets on the beach. Birds have their wings clipped and spend all day without water or food. We put up posters in the guest houses and hotels to ask tourists to collaborate, not taking pictures with the animals and not buying bracelets or parakeets themselves. We filed a complaint with the Department of the Environment and appealed to the Public Ministry, but we have not been successful in eliminating this kind of animal exploitation yet.

In 2020, we started a petition requesting the Municipal Government for a popular veterinary care office. We obtained more than 2,000 signatures, but the veterinary care center was not created. We are now creating the CVP to care for street animals and poor owners.

OUR AFFECTION AND SPECIAL THANKS FOR YOUR DONATION

This campaign transacts the funds collected in a transparent digital account, with operations registered in blockchain.

This campaign uses Welight's solutions to raise funds. An organization that goes beyond technology to accelerate the transformations needed for a more just and sustainable future.